Over the last week as I have been at home convalescing I have, quite unaccountably, found myself watching videos of tiling window managers. In all, I have probably watched between twenty and thirty of these videos so I feel, quite confidently, that I have a firm grasp of what constitutes the genre. Consequently, I also feel that I can—based on the range of the material I have reviewed, and the scrutiny and attention therein applied—share an unequivocal judgement as to the overall quality of the genre: it sucks.

Moreover, these videos invariably suck in the same couple of ways; they always lack any sort of narration, which means that you are stuck silently watching some sort of paroxysm of window rearrangement without any context or explanation, as if the fact that you can inflict this sort of injury on an X display is rationale enough. And, secondly, just as frequently, they feature a cursor being dragged around the screen doing the damage; using the mouse to demonstrate the capabilities of a tiling window manager is the sort of vestigial behaviour more commonly associated with pagan superstition or mild enfeeblement…

Rather that simply bask in the sense of superiority that these observations have afforded me, I thought that I would make my own, more lasting, contribution to the canon. I can only describe this process as instructive. 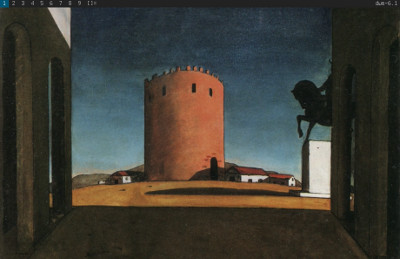 The best that can be said of this video is that, while it sucks just as hard as the others that I have reviewed over the past week, it has the distinguishing feature of at least sucking differently. For example, it has an audio track, so in theory the actions on the screen should be accompanied by the narrator’s soothing tones. Sadly, this is not the case. The crappy quality of my headset, my hoarse throat, and most egregiously, my decision to eschew post production and shoot it in one take means that the audio is poorly recorded, and at times literally inarticulate, rambling.

If nothing else, the exercise has taught me to really appreciate the work of people who do this thing well; Drew Neil’s excellent Vimcasts being a case in point.