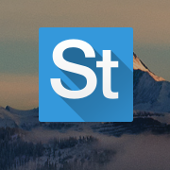 Just over a year ago, I was invited to participate in an exciting Alpha, for BitTorrent Sync. I wrote up my experience and, with one reservation, found it to be a fantastic tool that did pretty much everything I needed, including letting me finally get rid of Dropbox. That one reservation, although not entirely clear at the time, was clarified soon after and was crushingly disappointing: the programme was closed source.

Due to a combination of inertia (it was installed on all my devices and working well) and the lack of an alternative that didn’t involve installing and running a LAMP stack just to sync my files, I have persisted with it; even writing a simple Awk script to interact with the API. For the last twelve months I have been pretty happy with it.

In addition to the licensing choice, there are some other small issues that I have discovered: the Android App chews through your battery if it is left on (which sort of defeats the purpose, but I learned to live with it), the syncing can take a little while to pick up changes, and nodes that don’t see much action may flake out completely after a while.

Then, a few weeks ago I read about clearskies, an open source implementation of this concept. Sadly, it is still a proof of concept. This discovery, however, led to an extremely fortuitous exchange on Twitter with cayetano santos who pointed me at Syncthing. Described thus (cue background music):

Syncthing replaces Dropbox and BitTorrent Sync with something open, trustworthy and decentralized. Your data is your data alone and you deserve to choose where it is stored, if it is shared with some third party and how it's transmitted over the Internet.

Written in Go, Syncthing is still in early development, but judging by the release history, it is moving ahead quickly. The developer, Jakob Borg, is obviously both talented and productive. After using it for the last couple of weeks, I have uninstalled BitTorrent Sync from all my machines and have Syncthing set up and running nicely. It is simple, elegant and works wonderfully; for what it does.

Which is to say that it is not all of the things that either of its predecessors are: it isn’t intended to distribute files, or to host images or simple websites. It doesn’t include versioning or have a built-in editor. It is for securely syncing your files independent of any third parties. And there is no Android app, so your battery is safe1.

Setup is through a tidy, bootstrap built web interface, by default running on 127.0.0.1:8080. I subsequently found that once I understood how the configuration worked, editing the config file at $XDG_CONFIG_HOME/syncthing/config.xml was much simpler. When setting up, you will also do a lot of stopping and starting of syncthing; if you use the service file that comes with the AUR package, that won’t work so well from the web interface… Run it from the command line with one of the STTRACE variables to debug and then, once it is running to your liking, hand it off to systemd2.

With a reasonably tricky cluster setup (six machines; two outside the LAN sharing half a dozen repositories with three different topologies), there is a fair bit of trial and error involved getting everything set up and working correctly. But when you do, it is much faster to pick up changes than either of the other two and there is none of the risk around privacy and security presented by Dropbox and—to a (much, I would hazard to guess) lesser extent—BitTorrent Sync.

I have also found that it is much quicker for all of the nodes connect if, for the LAN connections in your cluster, you specify the IP addresses and port and disable global discovery for those nodes: this speeds up the discovery time when the nodes are started. Nodes still, from time-to-time, flake out, particularly if one of them is rebooted. Restarting the offending node is usually sufficient to bring the cluster back into sync.

That isn’t to say that there aren’t any issues with it. The documentation is in need of some work; your best bet at the moment is a combination of the rather terse --help message and reading the source. There are also some hidden gems in the Github commits; for example, details on using .stignore files, a very handy feature, are buried in an earlier commit to README.md that didn’t survive the move of the documentation to the forum.

The only other significant issue I have encountered is that getting all of the nodes across the cluster to connect to each other at the same time seems to be inexplicably difficult. It may just be my setup, but more often than not, nodes (on the LAN) will timeout while trying to connect to at least one of their peers. This isn’t a huge issue as you only really need one chained connection to bring all the data up to date, but it does cause a something of a minor OCD flare up.

Given the early stages of the project, though, and the fact that it is open source, these anomalies are trivial. Overall, Syncthing is a delight. It does exactly what I need it to do, and it does it securely. Given the promise it is showing this early, I can only imagine it getting a lot better over time as more bugs are squashed and features rolled out.