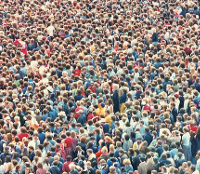 Late last month there was a post on Meta Stack Overflow wondering why SO is “so negative of late.” Reading through the extensive list of answers, and all the comments that quickly adhered to them like barnacles on a becalmed schooner, it was hard not to extrapolate to the experiences of online communities elsewhere, especially in the free and open software world. Stack Overflow is going on six years old now and has grown to be a truly formidable1 resource for programmers, dilettantes—the category to which I clearly belong—and, apparently, people wanting their homework done for them. This isn’t the first time this question has been raised there, and I am sure it won’t be the last.

I don’t spend much time on SO, mostly because I am not a programmer and so I don’t have much to contribute there, but also because I am active on Unix & Linux2, one of the clones that has emerged out of the metastasizing StackExchange empire. I do, however, subscribe to quite a few of the RSS feeds for question tags on SO: things like #awk, #bash, and other topics that are of interest to me. Given the amount of noise in these feeds; in the form of redundancy (ie., questions that have been asked in one form or another many times before) or just a signal failure to read any documentation, it is not surprising that the people responsible for this degradation see the site as negative, or unfriendly, or elitist. This is perfectly natural: it is the community attempting to defend itself from help vampires.

What was also quite predictable, given StackExchange’s response to this “problem” which was the 2012 Summer of Love campaign where they wanted to make SO a more friendly place, was that this would only exacerbate the issue. My experience of the site over that time is that the signal to noise has not improved at all, quite the contrary. I think that setting an expectation that the site would be more welcoming has two perverse consequences: first, it validates the perceptions of the newcomers about purported hostility, and in doing so signals to the existing community that built the value of the site that their culture needs remediation. Secondly, it signals more tolerance for behaviours that add no value to the community; so it is hardly surprising to see those behaviours proliferate.

From time to time the Arch community faces exactly the same criticisms: we are unfriendly, or elitist. I neither agree with these types of comments, nor am I particularly perturbed by them. Arch is a small community of volunteers, in order to create an environment where people who are willing and able to actively contribute, I think is important to ensure that there are clearly articulated standards3 and that they are maintained by the community at large.

I don’t see any scope for increasing the community’s tolerance for vampirism or the sort of self-entitlement that has a sad habit of appearing from time-to-time:

As for the Arch team and their lacking resources, let's take your point at face value. Now, we've known what the problem is for almost four hours and no fix has been issued.

There is some sort of “problem” that “we” have known about for four hours and yet, inconceivably4, nothing has been done about it?

There is no bug report on the Arch tracker so I am not sure why the collective pronoun is warranted here, that quibble aside; in what universe is this sort of petulance considered acceptable? The only reasonable response to this sort of whining is to close the thread and ban the infractor and their progeny, who will no doubt suffer from the same sort of genetic deficiencies, in perpetuam…

Clearly articulating, and enforcing, minimum standards of behaviour doesn’t make your community hostile or unfriendly; it establishes boundaries for people that supports respectful collaboration and the effective ability of that community to self-moderate. People new to the community who take the time to read the guidelines and observe how things work will have no problem adapting5. It may not make you popular, but it will make a significant contribution to the sustainability of the community and the levels of engagement of those that do contribute and wish to continue doing so.