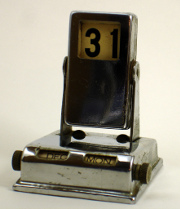 I have posted a few times now about how I use Mutt1, that most superlative of email clients. Using a variety of different tools, I have settled on an effective and satisfying workflow for managing both my personal and professional email, with one glaring exception: calendaring. This, I should stress, is not for want of trying. It is not necessarily a nagging concern in terms of my personal use of email, but professionally it is a daily frustration.

Day after day, I receive a lot of meeting invitations and, when these show up in my inbox they are, for all intents and purposes, unintelligble. Yes, with careful scrutiny you can decypher the iCalendar files, but doing so is more likely to induce a seizure than a punctual appearance at an important meeting. To get around this, I had been using a basic Awk script that would parse the most important parts of the message and print them out. This was working well enough until I started to receive invitations from people using OSX. For some god-unknown reason, Apple’s “interpretation” of the standard2 is different enough to those sent from Evolution and Thunderbird that my script wouldn’t successfully print some of the data (just the start and end times of the meeting, nothing too important).

I started to try and expand the capability of the script and then realized that I would be much better off seeing if someone else had solved this problem; satisfactorily, that is. And they had. In a further delightful coincidence, the original author of the script, Martyn Smith is an ex-colleague who, in 2004, first got me interested in Linux (thank you, Martyn). Armed with this script and entries in $HOME/.mutt/{mailcap,muttrc} now, whenever I open a calendar invitation, the pertinent details are printed out perfectly legibly. It’s a small step, but an important one.

Next I started playing around with khal, a command line calendaring application that uses CalDav to sync to calendar servers. It is described as being in “the early stages of development” and that certainly is the case. Nonetheless, it is incredibly promising as—even in this rudimentary form—it performs well and offers most of the basics that I require. khal is simple to setup, does not have too many (python2) dependencies and handles multiple calendars3. Yes, there are bugs, but nothing grievous and the developer, Christian Geier, is very responsive and helpful4.

The khal documentation gives you a pretty good idea of the current feature set. Set up your khal.conf with the calendars you want synched and then you have two modes of interaction: directly via the command line or an interactive mode invoked with ikhal. Both modes allow you to perform the basic functions of adding, editing or deleting events.

While the interactive mode is very simple and straightforward, what I am most excited about is the ability to add events from the command line, as per the example in the documentation:

I just needed to figure out a way to extract the relevant fields from the iCal file and pass them to khal. My first attempt is unashamedly ugly, both in conception and execution. However, I don’t know Perl (and at this stage of my life I have run out of time to learn it), and it actually works. I modified Martyn’s script to write to a temp file and then, for iCal events I want to import to khal, I bound a key sequence in Mutt to a simple Awk script5:

In $HOME/.mutt/muttrc, I have Ctrlk in pager view trigger the script like so:

Neither elegant nor imaginative, I know; but for a first attempt, it gets the job done. If I did know any Perl, I am sure I would be able to avoid the additional temp file and the need to reread the information before handing it off to khal, but you work with the skills (or lack thereof) that you have. Needless to say, patches are welcomed.