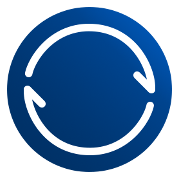 I have written previously about BitTorrent Sync, the encrypted file syncing application that uses the bittorrent protocol to sync your data over your LAN, or over the Internet, using P2P technology. I have been using it since early this year as a replacement for dropbox.1

At the beginning of this month, BitTorrent unveiled the Beta API for developers (meaning you have to tell them what you plan to do in order to be issued a key). After some equivocation, I signed up with the rather flimsy excuse of “writing a shell wrapper for the command line” and found, to my chagrin, a key in my inbox the next morning.

This proved to be something of an unwelcome arrival. In theory, I was excited about having access to a tool to query the Sync application. One of the nodes is on my headless Raspberry Pi and the idea of being able to issue a command from my laptop to ascertain what was going on in the Pi’s synced folders was (and is) a tremendously attractive one.

However, now that I was in possession of the key, I felt morally obliged to do something with it. The problem with this realization was that I had no idea how to work with an API, let alone writing a script to accomplish my purported goal.

After spending some time looking at the documentation, and buoyed by the optimism of ignorance, I decided to make good on my promise. My first attempt sort of worked, but was hampered as much by a serious conceptual flaw as it was by poor implementation. I decided, in spite of any number of Stack Overflow posts warning expressly not to do this, to use awk to parse the JSON data2. This was what I would euphemistically describe as a “learning opportunity.” The result is preserved for posterity in my bitbucket repo (for the completists)…

At this point, I was fortunate that Earnestly in #archlinux introduced me to keenerd’s purpose built tool, Jshon. And by “introduced” I mean generously (and patiently) talked me through how it worked and how I could use it with the Sync API to achieve what I was after. After a while playing with it, there was the—inevitably belated—moment of realization: this thing is genius! It allows you to intelligently interrogate the data. Not blindly chopping at it with an increasingly complex series of actions in awk3; but quite directly traversing the structure and extracting the desired elements.

Now I was cooking. Well, more to the point, I was flailing about in a smoke filled kitchen convinced that the feeling of euphoria was inspiration—not imminent asphyxiation. Once again, Earnestly’s patience and bash skills were put to good effect. The resulting script, btstat, is undeniably a triumph of his good ideas over my own poor execution. In other words, the fact that it works so well is testament to his ability, but any and all faults are mine alone4.

And it does work. It only requires Jshon (which you will already have installed because you use aurphan, right?) and a file with your synced folders and their respective secrets on each line5, like so:

The functionality in the script is limited at this stage to just querying the application; I wasn’t interested in pushing changes at this point. So you can access the version of the currently installed Syncapp, upload and download speeds, the size of synced folders and list all of their contents.

It is a beta release, so the odd bug is to be expected. Overall, though, the API is a welcome addition to what is a great application. If you have an API key, add it to your sync.conf, grab the script and give it a whirl. Undoubtedly, over the coming weeks more polished versions will emerge in “proper” languages, but for the time being this does exactly what I need.