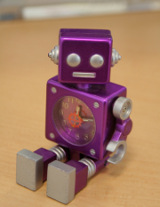 I posted a couple of weeks ago about compiling a custom kernel using modprobed_db and at the time I talked about automating the process, essentially so that every kernel update, be it the standard Arch kernel or the stripped down custom one, would be a simple, streamlined process. I updated that post with a PKGBUILD, which was the first step. This completes that process.

There is not a lot to it. A short bash wrapper that sets up the required files, updates the aforementioned PKGBUILD and then triggers makepkg (providing nothing else fails). All it requires is that you have the necessary files in a separate directory for the script to reference and you are set. If anything does go wrong with the new kernel, you still have the previous working custom kernel .tar.xz you can reinstall, or you can of course just boot into the vanilla Arch kernel.

That’s all there is to it. I see in my RSS reader that a new stable kernel is available, open a terminal and run the script specifying which version to use, for example, new_kernel 3.10.9. Approximately 10 minutes later, my new kernel is compiled and installed and I can reboot into it. Simple.

Undoubtedly, there is probably a cleaner way to do this, but it has worked well for the last couple of kernels. It will probably also require tweaking for the next series, but until that time, I am quite happy with it.