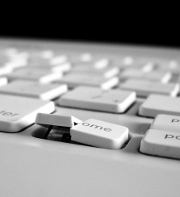 Breakage is one of the memes of the Arch Linux community; it is referenced frequently on the Arch boards and in the various IRC channels. It doesn’t take newcomers long to realize that, whether something is actually broken or not, there is always someone they can blame.1

My experience of Arch, over the last three and a bit years, is quite the opposite. I have yet to experience anything that would qualify as breakage. Sure, there have been bugs, mostly upstream, and the more frequent moments where I haven’t been as diligent as I should, but not once have I had a machine that was unbootable or otherwise unusable. Arch has, on both my home and work machines, been incredibly stable and reliable.

For a number of Arch Linux users, however, that was not their experience over the last week when /lib was moved to /usr/lib. The volume of people on the boards and on IRC reporting unbootable or unusable systems was remarkable. Remarkable because, despite the fact that the news item, the wiki page, and the email to arch-announce all explicitly warned people not to use the --force option,2 so many did.

Sadly, these red-boxed warnings were apparently not enough. 90% of the breakage was because people either didn’t see, or disregarded, that advice. The remaining 10% were either in a hurry and didn’t pay close attention to how to deal with any leftover files in /lib or rm -rf‘ed in the wrong directory. Accidents happen.

What I am interested in is the people who fell into the much larger category, and principally those that didn’t see any of the communications about this change in advance of updating and reasoned, based on a recent change that did require the use of –force, that this was the most expedient way to resolve pacman reporting conflicting files.

Some context. The glibc update was released to the [testing] repository in the first week of July: and there were a couple of long threads3 about issues and fixes before it was pushed to [core]. By the time the package was released for general consumption, it had been tested and the developers had obviously planned how to make what is a fundamental system change with a minimal amount of user intervention. I think that, given the magnitude of the challenge, they did a superb job.

How then did it go so wrong for so many?4 To answer that, you have to consider the nature of Arch. It’s not the sort of distribution where you install it and then just go on your merry way, installing the least obsolete packages, revelling in the speed of the package manager and generally being a 1337 h@x0r…

Successfully running a rolling release like Arch, irrespective of your level of competence, means staying in touch with what is happening—in some form or other. Subscribing to the arch-general ML, visiting the forums, idling in IRC; somehow remaining connected to what is going on in the community so that you don’t blindly update one day and wonder why your system is broken.

This strikes me as a real strength; by design Arch encourages its users to participate in the community. Even if you are only lurking, over time you will inevitably find yourself posting in a thread, responding to an email, editing the wiki, adopting an orphaned package—increasingly getting involved and contributing.

This level of involvement is not for everyone. Some may find it onerous or a waste of their time. That’s fine. There are any number of other distros that do not ask for this level of commitment. The quid pro quo for running Arch, though, is that you are prepared, in whatever shape or form best works for you, to give something back; at the very least, that is your attention.